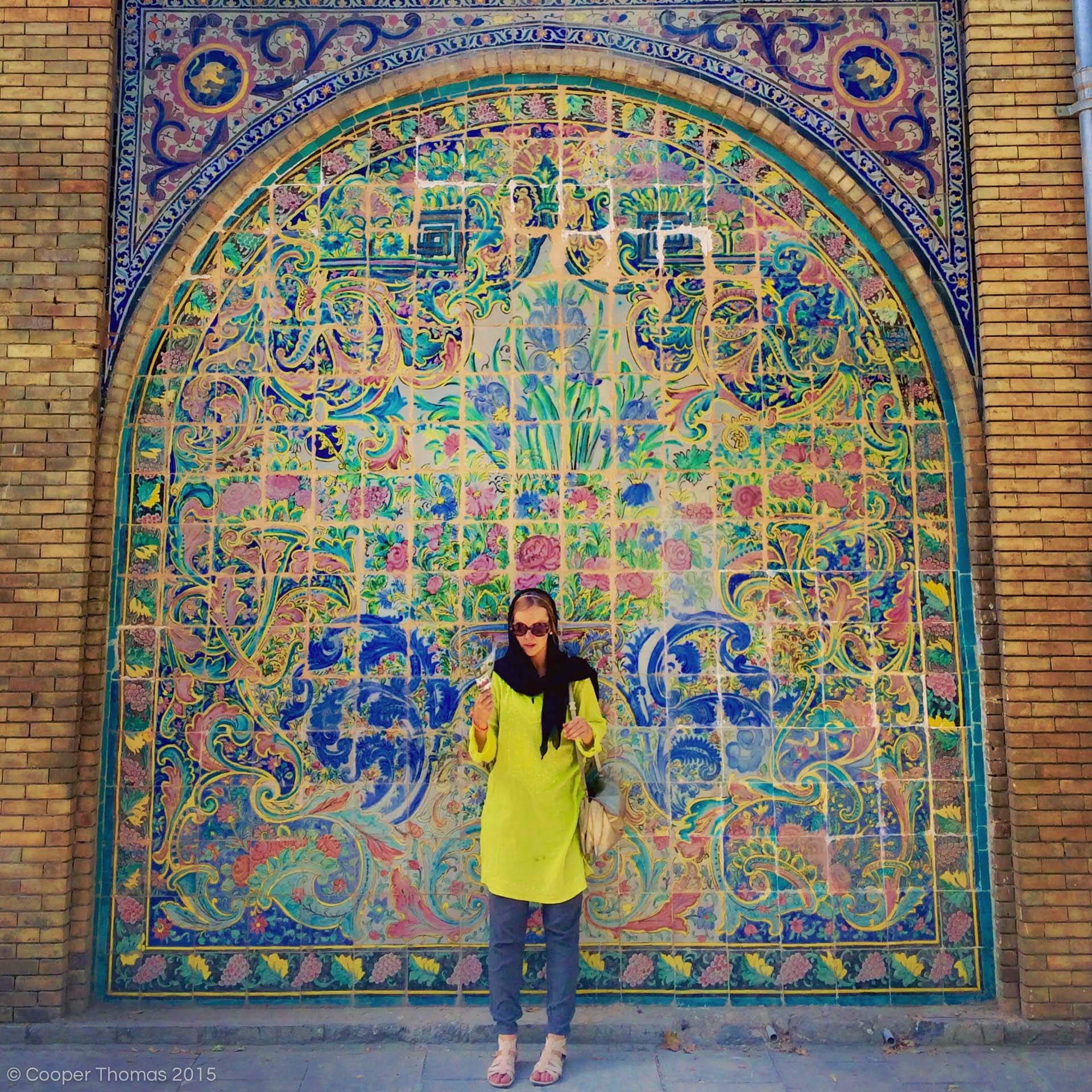 Iran is one one of the most underrated tourist destinations in the world. It boasts more to see and do than many others combined: big cities and small villages, millennia-old architecture and modern design, rugged mountains and tropical coasts, and a cuisine, culture, and literary history all its own. And yet, fewer than 5 million foreign visitors enter Iran every year. Don’t let the media (or the visa application) deter you: Iran is a welcoming and fully unique destination. 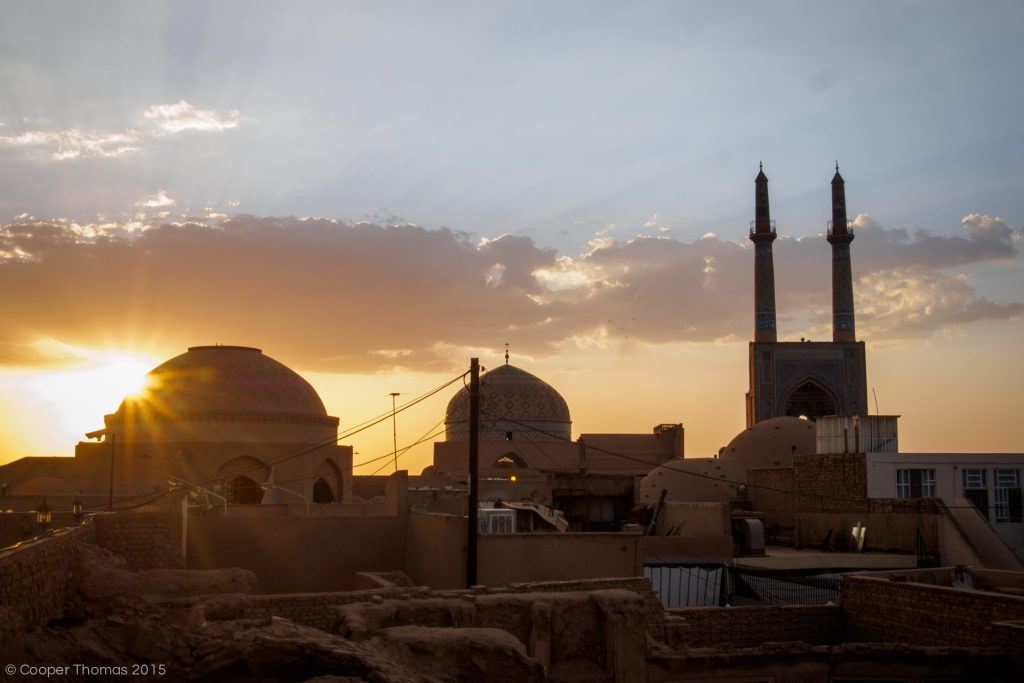 Exploring the architecture in Yazd. As one of the oldest continuously inhabited countries in the world, Iran has buildings, castles, houses, and mosques dating back hundreds and even thousands of years. While postcards tend to (rightfully) showcase flamboyant symbols like Isfahan’s Sheikh Lotfollah Mosque, some of the best architecture on display sits quietly in Yazd, a desert city in central Iran. From the tiled glory of the Jameh Mosque to the stoic wind towers watching over winding mud lanes, and from the lush governor’s garden to the incredible magnitude of the Zoroastrian Towers of Silence, Yazd is a great spot to take in all kinds of visual creation. Camp out in the Old City for a couple of days and you’ll almost forget what century this is. 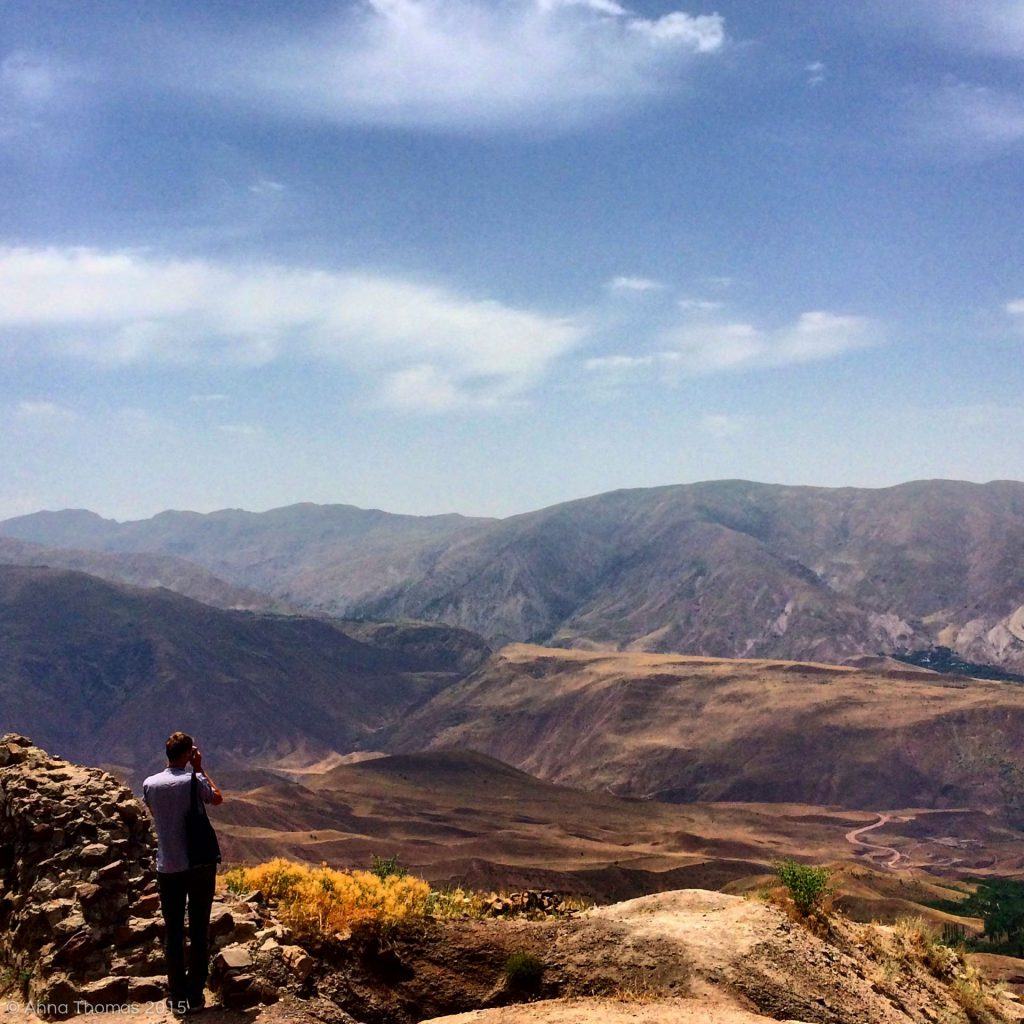 Soul-searching in Assassin’s Valley. Iran’s geography is one of its most enticing features. Between snow-capped mountains, steamy stretches of ocean, jungle villages, and wide open deserts, a meeting with nature is a necessary part of a trip to Iran. The Valley of Assassins is one incredible way to grasp the size and diversity of the country. This splendid region derives its name from a gruesome period in Islamic history, the only remains of which are a few crumbs of formerly-grand fortresses. Hike up to the dilapidated Alamut Castle, though, and you’ll be rewarded with panoramic views of dramatic, empty landscape. Don’t forget to grab a handful of sour cherries from the trees on your way. 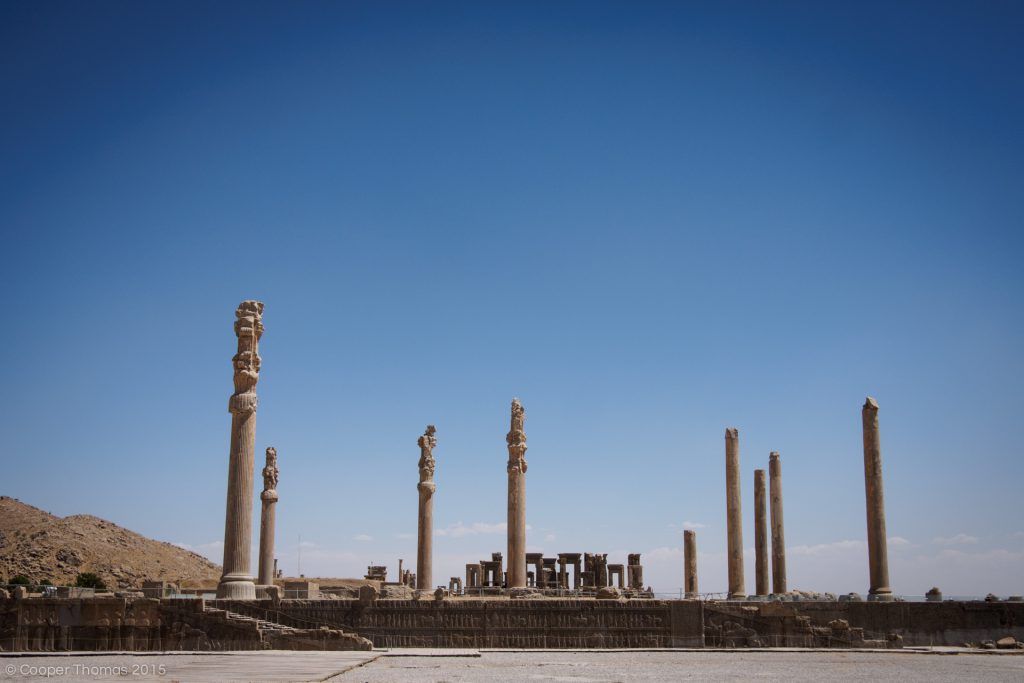 Rewinding thousands of years of history in Persepolis. To truly get your fill of Persian history, a visit to the World Heritage Site of Persepolis is a must. The remains of the Achaemenid Empire capital date as far back as the 500s BCE, and some artifacts are still in remarkable condition. The experience is made even more dramatic by Persepolis’ lonely location in the middle of the desert outside of Shiraz. While you’re out there, a visit to nearby Naqsh-e Rustam, a necropolis from 1000 BCE featuring behemoth tombs carved into a stone mountain, is also worth your time. If you go during golden hour, you might even find yourself totally alone. 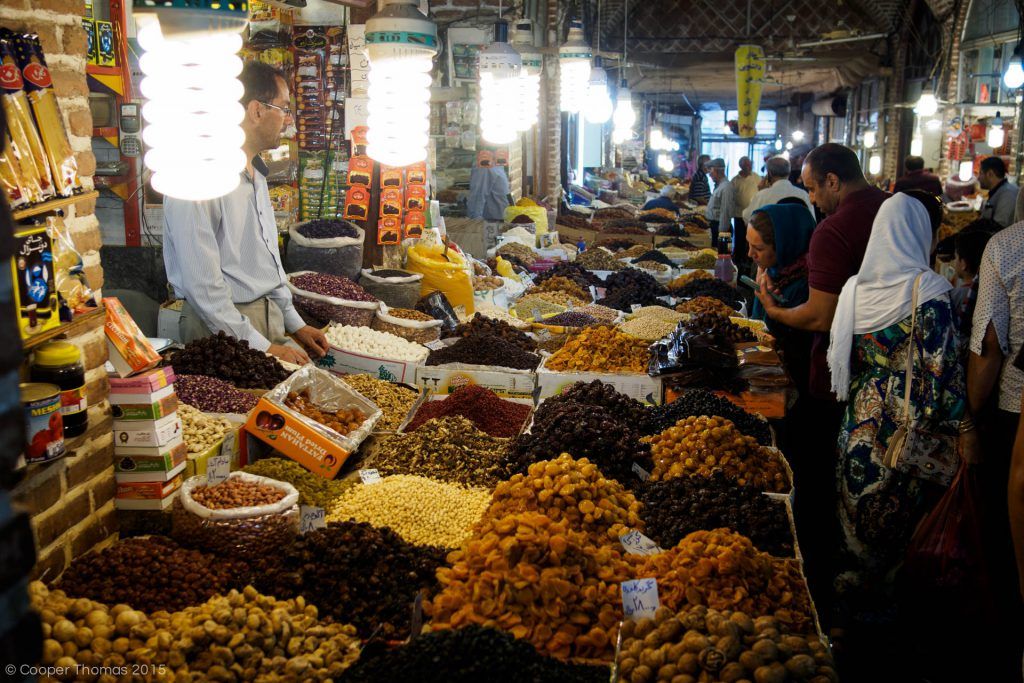 Eating through the markets. Fruit and nut vendors are ubiquitous in Iran. A stroll through any bazaar will reveal piles of fresh apricots, dried cherries, almonds of all sizes, and everything in between. Unfortunately, sanctions have kept these top-quality treats within Iran’s borders, so as a tourist, it’s almost a requirement to fill up. We particularly loved the goods at the Tabriz Bazaar, but most markets will have a decent selection of fruits and nuts. Sample what’s on offer as you make your way through the bazaar, and be sure to stock up for long drives. 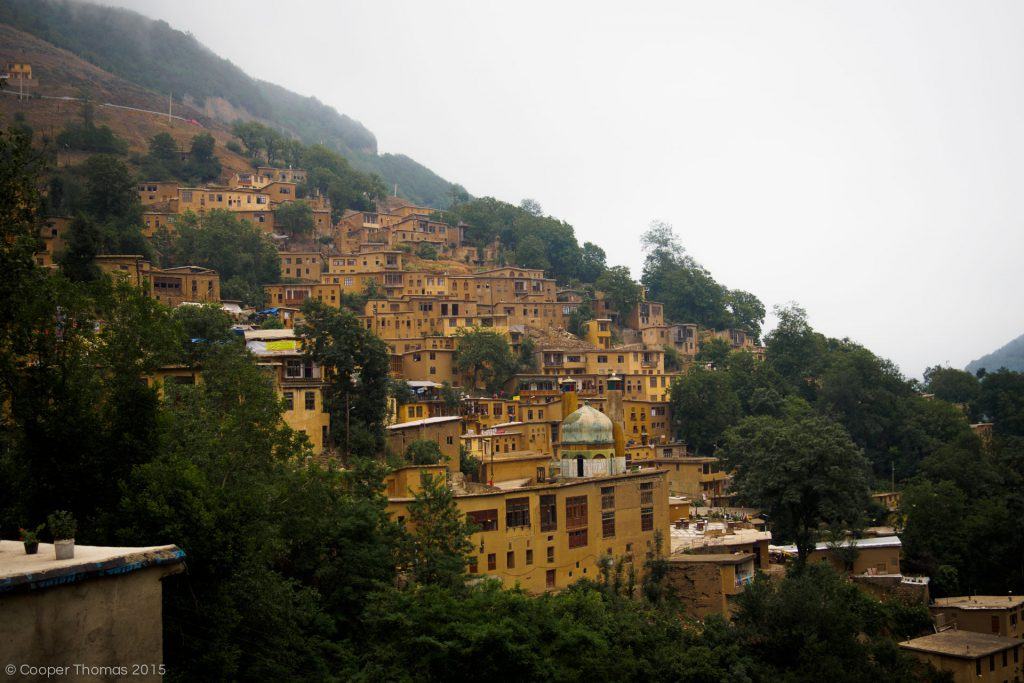 Escaping the big cities. Iran has urbanized like most other countries, but there are still plenty of villages that afford a glimpse into a more traditional way of life. Masouleh, in the lush mountains near the Caspian in northern Iran, is a local favorite. This “stepped village” is constructed such that one’s yard is the roof of the neighbor below on the hill, which makes the town look like it’s tumbling down the mountainside. Ignore the touristy shops and just enjoy wandering through the mist, admiring the charming homes and partaking in the late-night qalyan (hookah) sessions that transform the town into a lively social hub after dark. 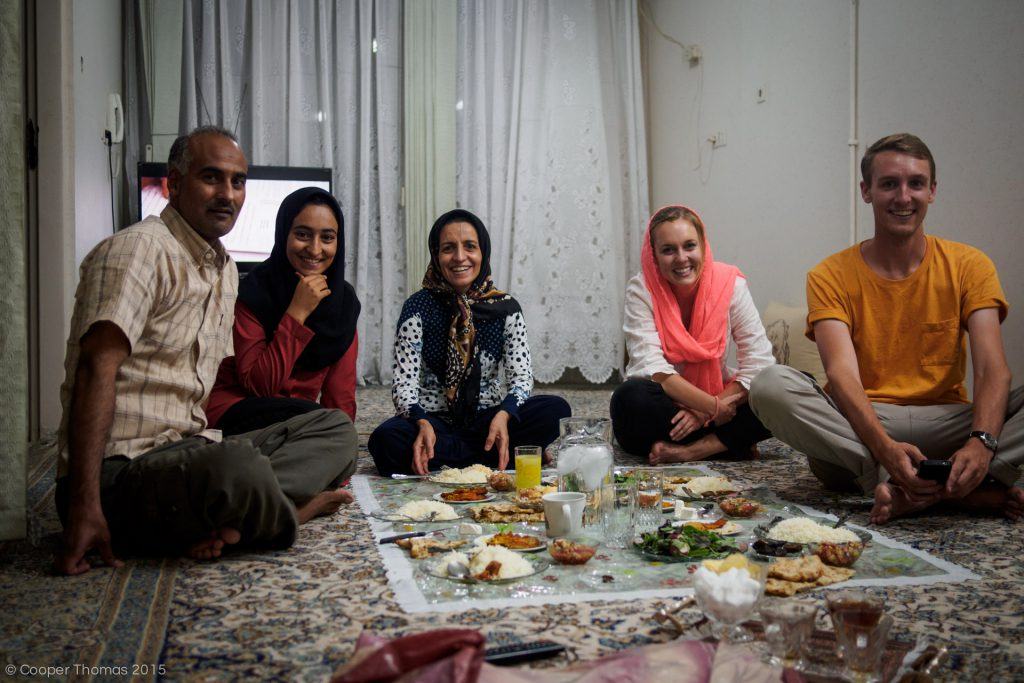 Getting invited to dinner. It’s no secret that Iranians are among the friendliest people in the world. Within minutes of your arrival, you’ll likely have a whole new crew of friends. Get comfortable with the kindness and don’t be afraid to say yes to the myriad invites you’re bound to get. The best way to understand modern Iran is to experience it through the eyes of a local, so if someone extends a generous offer to join an event, don’t skip a beat. In a country as safe as Iran, the worst thing that could happen is you walk away with a good story. (Watching your host cheer on the Ayatollah’s “death to America” speech? Check.) Just be prepared to get served far more food than you could ever eat. 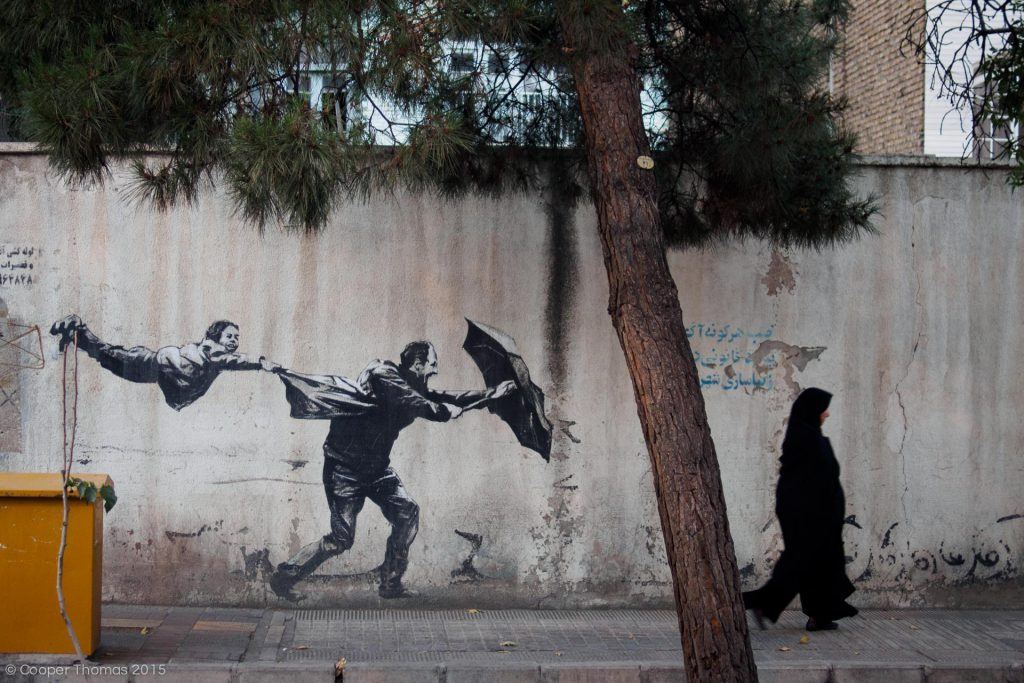 Encountering incredible street art. Iran has its share of irreverent artists, as evidenced by the socio-political narratives that appear on walls and buildings countrywide. These modern, Banksy-esque visuals provide an interesting contrast to the more conservative and traditional picture that the Iranian government puts forth. We saw some of the best examples in the side streets of central Qazvin, but nearby Tehran features a more prolific street art culture. 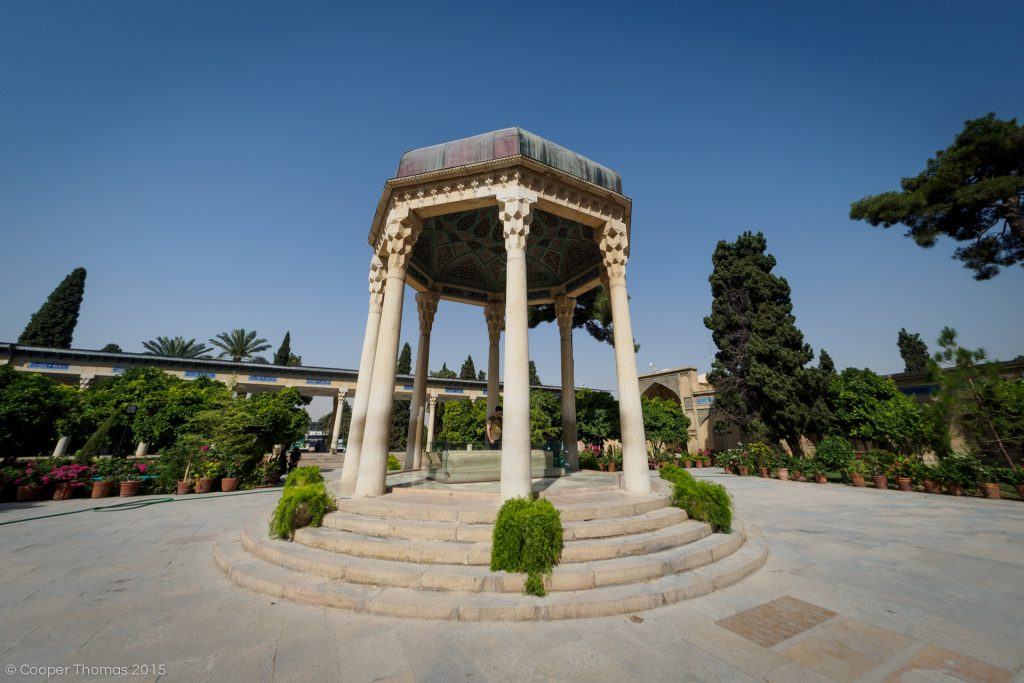 Paying homage to Hafez. It’s been said that there are more copies of Hafez’s Divan-e-Hafez than the Qur’an in Iran. Regardless of fact, the legacy of Hafez’s poetry – and the works of other Persian poets like Ferdowsi and Rudaki – live on in street names, performances, and other national symbols. In Shiraz, long considered a very liberal and intellectual city, the most important sight isn’t a mosque or a bazaar: it’s the Hafezieh, or the Tomb of Hafez. Listen to locals recite centuries-old verse while regarding his memorial. 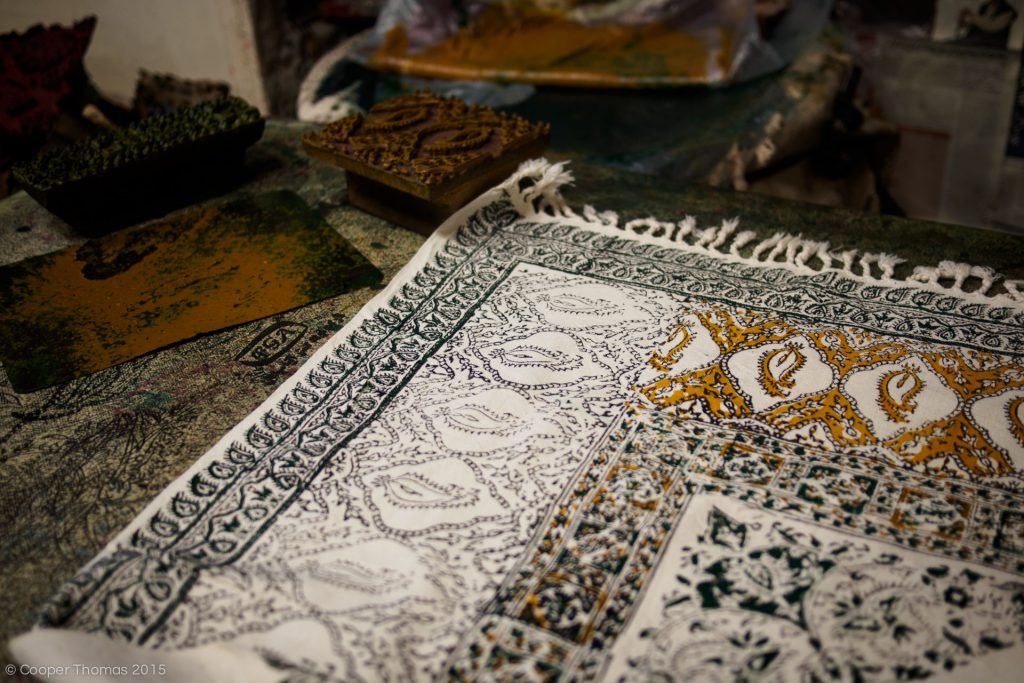 Buying something paisley. Iran is a shopper’s dream with bazaars, an impressive set of cottage industries and seemingly endless Persian carpet vendors who are slowly starting to price their wares to match their grand reputation. If you buy only one thing in Iran, though, let it be a hand-printed textile, and let it be paisley. This fig-shaped symbol is believed to be of Zoroastrian origin and is everywhere in Iran, but its best incarnation is in block-printed fabrics in Isfahan. In the bazaar adjacent to Naqsh-e Jahan Square, there’s a textile workshop that turns out incredible work for reasonable prices. If you ask nicely, you might even be offered a chance to contribute to whatever is currently being painted. 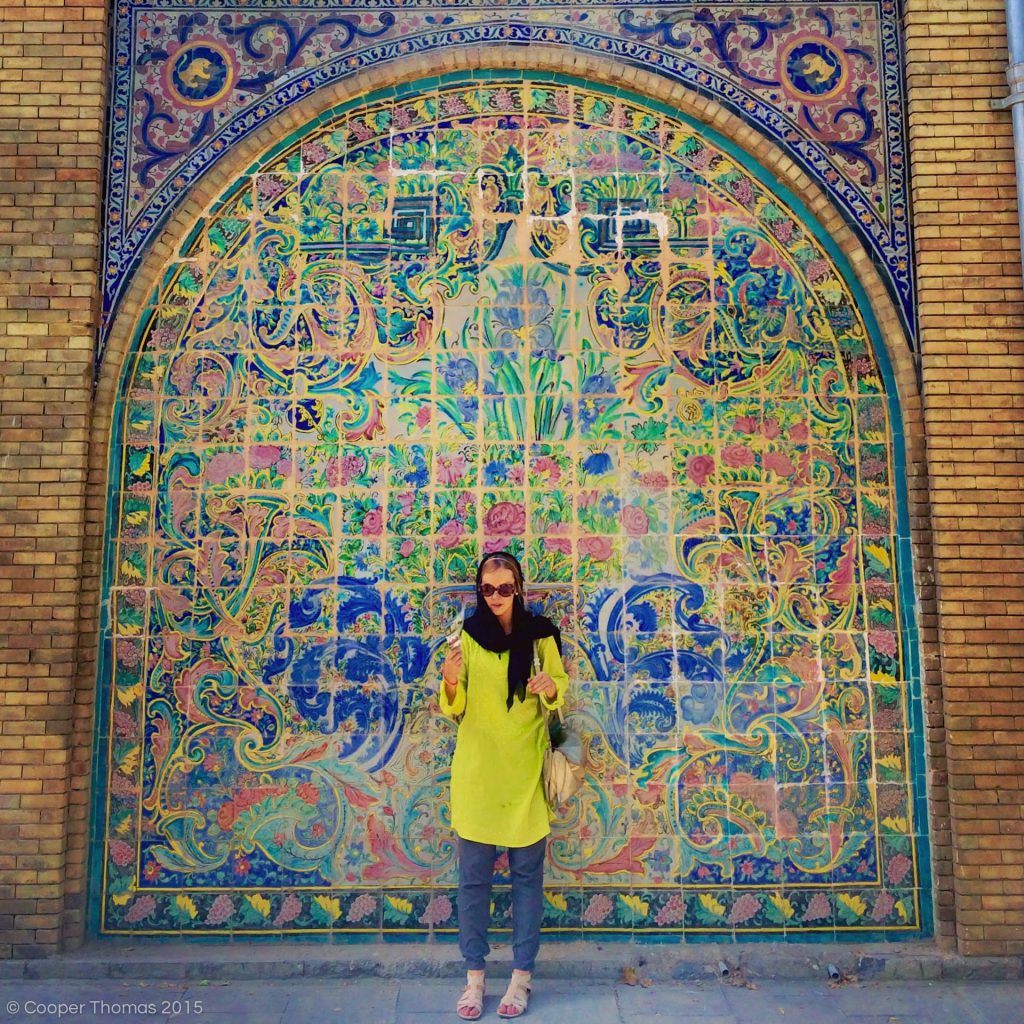 Admiring the Golestan Palace walls. Tehran isn’t for everyone. For every great sight, there’s an hour-long traffic jam waiting for you outside. However, chances are you’ll have to make your way through the capital at some point on your visit to Iran, and the ornate Golestan Palace is definitely worth your time. While the mirrored rooms and priceless antiques are impressive, the most iconic part of the complex is the collection of tiled vignettes along the palace walls. In fact, it’s now customary for visitors to take a “fashion shot” in front of the walls (check out #tttwalls on Instagram for evidence). If you’re lucky, you might even get featured in the Tehran Times’ street style section.