“The punitive use of force tends to generate hostility and to reinforce resistance to the very behavior we are seeking.” — Marshall B Rosenberg

“For the powerful, crimes are those that others commit.” — Noam Chomsky 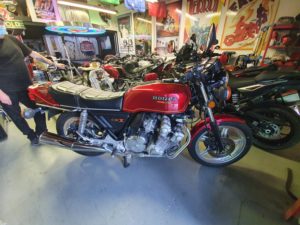 New data from a non-profit that monitors political violence around the world shows that police in the US are exponentially more likely to use force against left-wing protesters than right-wing ones. The new information is from the US Crisis Monitor, a database created last Spring by researchers at Princeton and the Armed Conflict Location and Event Data project (ACLED), a nonprofit that previously monitored civil unrest in the Middle East, Europe, and Latin America.

The statistics are based on law enforcement responses to more than 13,000 protests across the US since April 2020; they show a clear disparity in how agencies responded to the historic wave of Black Lives Matter protests against police violence, compared with demonstrations organized by Trump supporters.

The vast majority of the thousands of protests across America in 2020 were peaceful, and most protests by both the left and the right were not met with any violent response by police. However, law enforcement agencies, in general, were more likely to intervene in left-wing protests versus right-wing, and more likely to use force when they intervened.

And nothing is more illustrative than January 6th’s storming and ransacking of the Capitol Building by violent, far-right, white Trump-supporters — with little to no pushback from law enforcement, not to mention encouragement and excuses from the President and many GOP congressional members. Particularly disgusting are craven attempts by some Republicans to shift blame for the clearly right-wing insurrection to the “radical left” — that alone deserves all our scorn.