“A riot is the language of the unheard” — Martin Luther King Jr.

“We must rapidly begin the shift from a thing-oriented society to a person-oriented society. When machines and computers, profit motives and property rights, are considered more important than people, the giant triplets of racism, extreme materialism, and militarism are incapable of being conquered.” — MLK

For Green Technology, A Breath Of Fresh Air 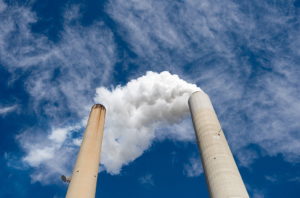 Rapidly-accelerating climate change is prodding more companies to invest in technologies to perform so-called ‘carbon removal.’ One example is to use giant fans to pull carbon dioxide from the air and trap it. Corporations say this process will allow them to offset emissions they can’t otherwise cut, and might be the only way to meet their lofty pledges to zero out all emissions by 2050.

Some experts warn that such a plan could allow companies to hide behind the uncertain promise of removing carbon later, in order to avoid making deep emissions cuts today. “Carbon removal shouldn’t be a get-out-of-jail-free card,” said a leading expert on the technology. “It has a role to play … but it shouldn’t be an excuse … to keep emitting greenhouse gases indefinitely,” she added.

A UN-backed panel on climate change says nations may need to remove between 100 billion and 1 trillion tons of carbon dioxide from the atmosphere this century to stifle the worst effects of climate change. Currently, carbon removal technologies are too expensive for widespread use, often costing $600 or more per ton of carbon. But some corporate decision-makers believe early investment can drive prices down, much like it did for solar and wind energy.

Occidental Petroleum and United Airlines are pouring mega-dollars into a large “direct air capture” plant in Texas. The technology uses fans and chemical agents to scrub carbon dioxide from the sky and inject it underground.

Naturally, it makes more sense to cut emissions before they’re diffused into the atmosphere. But for many industries, such as cement manufacturing, long-distance shipping, or air travel, solutions like improving efficiency and using more renewable energy sources aren’t as easy.

United has been exploring ways to cut emissions by making aircraft more efficient and using sustainable biofuels, but these likely won’t go far enough to achieve carbon-neutrality by 2050, so the company is also investing in direct air capture. As UA’s managing director of global environmental affairs said: “Carbon removal might not be a silver bullet, but we have to try.” 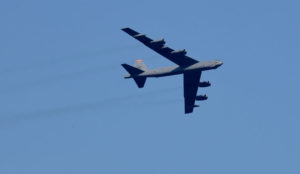 Farmers In The Future: Turn On Your Drone Cow-sitter, Go To The Moo-vies

Please consider making a donation to Daily Pnut, an independently operated and bootstrapped publication. Many thanks to everyone who already supports us!